Julian Assange and Wikileaks - The War for the Truth - Biography 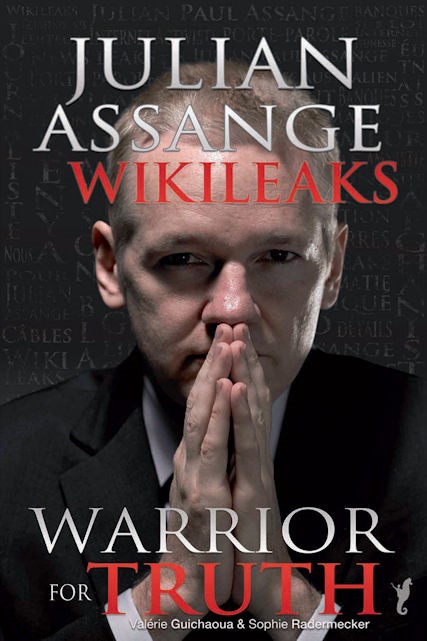 December 7th, 2010: Julian Assange, an Australian citizen and Internet activist, is arrested in London, England. The story becomes a global media sensation. The man is held in custody, awaiting possible criminal charges for sexual offenses in Sweden. His organization WikiLeaks is an international new media non-profit group that publishes submissions of private, secret, and classified media from anonymous news sources and leaks. From shocking revelations surrounding the Obama and Bush administrations, to embarrassing top secret conversations between diplomats, Assange’s network of hackers and informants captures valuable information from all over the world. He regularly discloses evidence of mass deception and misinformation. Julian Assange is a controversial warrior for free speech and government transparency. He remains determined to continue his crusade for the truth using the Internet as his weapon.

Warrior for Truth carefully documents Assange’s life. It is a critical, yet balanced, unauthorized biography. This is the book that Julian Assange himself cannot write. Authors Sophie Radermecker and Valerie Guichaoua provide exclusive, never-before-revealed findings from an in-depth investigation of Julian Assange, of the WikiLeaks organization and of their highly controversial activities. New and intriguing revelations from inside sources close to Assange, including his family members in Australia, are presented. The serious legal allegations made against Julian Assange in Sweden are fully-examined in the process. This Internet activist’s perspective on how technology can be used to tame the power and secrecy of governments and of the global elite is explored in detail.

But who is Julian Assange?

I found out what he was doing in Switzerland in early November. He spoke at a conference organized at the UN by an NGO called International Institute for Peace, Justice and Human Rights (IIPJDH). Director Mehdi Ben Hamida explained that the organization is fighting against the war in Iraq. It took three months to convince Julian to speak at their conference on the sidelines of the United Nations Human Rights Council.

Ben Hamida asked him to present the cases of tortures practiced by the United States in Iraq and elsewhere, published in documents on the WikiLeaks site. This NGO was unknown, and Julian was very suspicious at first, then he accepted to go to Geneva on the condition that bodyguards would protect him.

On Friday, November 5th, the Human Rights Council examined the case of the United States. Ben Hamida thought that this would be an opportunity to influence American politics. Friday afternoon Julian went to the Palace of Nations for a meeting organized by the NGO on the sidelines of the council’s session. He was flanked by two bodyguards and the international police of Geneva ensured the building’s security.

Inside, in a hall in the basement, he gave a one-hour presentation as an expert witness who was able to follow the 400,000 documents on Iraq and Afghanistan in a journalistic way.

He’s is in a strange position because not only is he an expert witness of all the ‘secret’ actions of the United States, he’s also had his freedom of expression violated with regards to his organization.

The threat weighing down on him is quite real, as the vice is tightening on his organization. The US government declared that it’s trying to prosecute him and eventually trying to bring a lawsuit against other WikiLeaks members. Even if he’s sure he’s respected journalistic procedures, Julian knows that some branches of governments operate above the law. Will WikiLeaks hold tight under the threat of the world’s greatest power?

Valerie Guichaoua is a writer first and foremost. She accidentally stumbled across journalism and immediately took a liking to it. Her gift for writing helped her create novels, poems, and musicals. Sophie Radermecker has a lifelong passion for people and the links between them. Her writing career is based on her work as a professional journalist and her art interests.

What a revoltin’ development, literally. The truth will set you free. Well, perhaps. Depends who has the biggest hammer. The status quo or the revolutionaries. Even Julian is not “free” Lots of intrigue discovered, uncovered and released to the world. You have no reasonable expectation of privacy regarding any communication of any data transmitted or stored on this information system of computers. Maybe “Maidesafe” if you need security. Silence is golden. -Reviewed in the United States on March 24, 2015

There are very few men or women around in the world today who against all odds, want to get the truth out about the wrongs that are being committed by powerful entities all the time. While many around me shrug their shoulders and say that “what can I do I am only one person”, you have Julian Assange sacrificing pretty much everything to shine some sunlight on things that many powerful people have been trying to keep in the dark. This book was great for shedding some light on the sex scam that was thrown on him. – Reviewed in the United States on May 9, 2012