Military History Book - The Empire of the United States 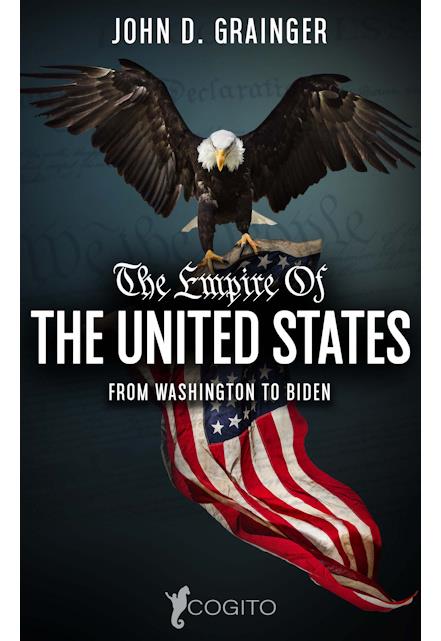 The Empire of the United States – From Washington to Biden Cogito, 2021

The United States has always been an imperial state, either as a member of an empire, or aiming to gain its empire, or ruling it. Yet, having got an empire, it has signally failed to work out what to do with it. The rest of the world is meanwhile suffering from its indecision.

This book tells the story of The United States imperial journey; how it has violated many of the agreed procedures of international affairs worked out over many years in Europe. It invented its own characteristic methods, such as waging war unofficially, as on Indians, Spaniards, Canadians, and Mexicans, employing and repudiating filibusters. Its racism has promoted cruelty and massacre, but above all it has sought to destroy imperial competitors. In the twentieth century Spain, France, Russia, Britain have all fallen victim to this often clandestine assault, and it is clear now that China is in its sights.

The United States’ political system puts most of the control of foreign policy in the hands of the President, while largely leaving domestic policy, at least in theory, in the hands of Congress. And yet, presidents are elected for almost any reason except expertise in foreign policy. If the United States is to progress beyond its present imperial paralysis, and not go into a gradual, fractious, and dangerous decline, it must modernize its political system and reach a clear and distinct conclusion as to its purposes as an empire.

The Empire of the United States

From Washington to Biden

The peculiar methods used by the United States to build its empire had a strange result. The debris of the collapsed empires spread throughout the world in the form of a series of weak states. Under normal circumstances, this would have allowed the United States to expand its own territory by annexations and conquests, but this did not happen. The reasons are complex, but since it had been a state which came into existence in rebellion against an empire, it appears to have been a belief that the United States was not imperialistic, despite all evidence to the contrary – and that annexations should not, therefore, take place. It did seem, however, that a world of small states would pose less of a threat to the one superpower, especially if they adopted democratic practices internally. Few of them did. The experience of the United States itself in its use of filibusters should have warned its politicians that individual enterprise could be very effective against an empire grown complacent. Hence 9/11, the World Centre Towers, and an airplane crashing onto the Pentagon.

The actual result was a world of petty states in which some of them began to look as though they were growing to become competing empires, notably China, Russia, and the European Union. With all three of these and several others of comparable size, the United States disputed over a variety of issues, clearly adopting the same policy of aiming at the destruction of any competing empire which had brought it to pre-eminent power by 1989. This made for confusion, threats, further competition, and an increasing dislike for the United States’ policy, both among those competing empires, and more widely, even among the United States’ friends and allies. And this is where we are now.

The United States’ political system, as it has developed over two centuries, puts control of foreign policy in the hands of the President, while largely leaving domestic policy, at least in theory, in the hands of Congress. And yet presidents are elected for almost any reason except expertise in foreign policy. The result is incoherence, a condition exemplified above all by the erratic and ignorant interventions of President Donald Trump. That the United States should elect such a man as president is a shock and suggests a certain dysfunction in its political system. (Why elect an anti-politician to its pre-eminent political post and then expect him to know what to do?) It is therefore fortunate that presidents are time-limited.

It is quite clear also that presidents require to be surrounded by experts; unfortunately, they are too often surrounded by lackeys and favorites – the White House is a court, not an administrative center – and that way disaster looms. Nevertheless, it must be admitted that Trump’s methods in foreign policy, notwithstanding his personal obnoxiousness, chaos, and ignorance, are not dissimilar to those of any of his predecessors – Andrew Jackson (as unpleasant a man as Trump) with Florida and the Indian nations, Polk and Mexico, McKinley with Spain, Franklin Roosevelt with Britain, the Cold War presidents’ policy toward the Soviet Union. He was just noisier, ruder, and more insensitive about it. One scarcely expected him, however, to go so far as to deny his re-election defeat, and apparently attempt a coup d’état to stay in power – but that had been part of the methods of the United States’ foreign policy; it thus rebounded on its author.

If the United States is to progress beyond its present imperial paralysis, and not go into a gradual, fractious, and dangerous decline, it is going to be necessary for it to modernize its political system and to reach a clear and distinct conclusion as to its own purposes as an empire. Survival as the lone superpower may be a source of pride, but being the lone superpower confers wide responsibilities, and will involve it in constant difficulties. The United States has not yet accepted those responsibilities fully and with determination.

John D. Grainger is an independent British historian, specializing in the ancient world, particularly the Hellenistic period, and in the British military and naval history.  Imperial history, of Rome, the successors of Alexander, and Britain, has featured in many parts of his work, as have books on the United States, including an account of the battle of Yorktown and of New York Loyalist who became a British general who campaigned throughout the British Empire.  He has recently completed a set of four books on British naval history and is working on a three-book account of the Ptolemaic Empire.

This is a fascinating read and helps explain why the expansion of the Roman Empire came to an end.  – History of War.

Grainger’s style is an excellent blend of scholarship and readability.  It is an excellent work, illuminating an era which is frequently glossed over or marked by popular misconception.  –  Ancient Warfare.

The author has written a compelling review of Antipater and his family in a very readable style without losing the authority of scholarship… A gripping story of a real game of thrones.  Highly recommended.  – Firetrench.com.