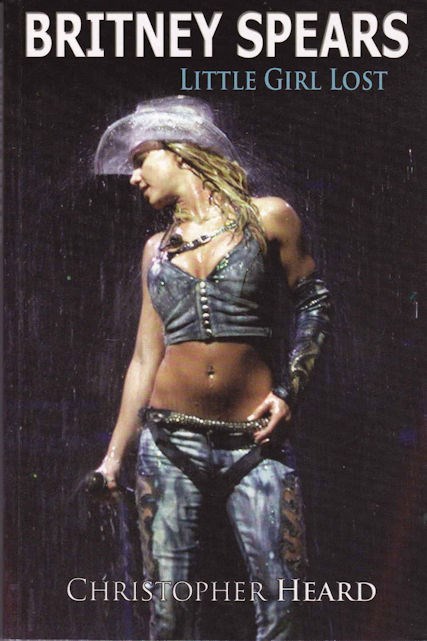 Since her first appearance on national television in 1992 on Star Search, Mississippi-born American singer and entertainer Britney Jean Spears has had an explosive impact on the music industry and pop-culture worldwide. Britney does it all: she sings, dances, writes and composes. A monster success!

From Star Search to the Disney Channel’s The New Mickey Mouse Club, Spears established herself as a pop icon and bona fide pop phenomenon with her debut hit album . . . Baby One More Time, leading the teen pop revival in the late 1990s.

When Britney Spears first burst onto the music scene, she was the incarnation of American clean-cut youth. But this changed, and she rose to become the sexiest superstar of her generation. Spears constantly changes her style in fashion and music, making her an unstoppable force in entertainment. But in the process, she has discovered the true price of fame and experienced an emotional tumble that led to a well-publicized nervous breakdown.

A Biography
by Christopher Heard

Britney, on the verge of turning twenty, was starting to look at the world in a different way. She was beginning to ask herself questions like: “Why me? What does all this mean? What should I be doing with it?” The stress of constantly recording and touring and promoting herself, as well as her parents’ divorce—all of which she had seemed to be taking in stride over the previous year and a half—was weighing heavily on her now. She suffered from insomnia and anxiety attacks. Benz remembers, “It was tough on her, she had a lot going on. A lot of people were counting on her, and she had a lot of obligations to meet. She felt very anxious about not wanting to disappoint anyone.”

She retreated a bit into herself but appeared to gain strength from the example of Madonna. She saw the similarities between them; Madonna had grabbed the big golden chalice, just like she had. Only Madonna was tougher. Madonna was in control. If you screwed with Madonna, she would screw you right back. Britney listened to Madonna’s albums Ray of Light and Music over and over. She particularly loved “What It Feels Like for a Girl,” which Madonna had dedicated to “all the pop bitches out there.”

At the same time, Fe Culotta observes, “She was in this weird place emotionally. She was enjoying the fun stuff, but it was so surreal. It was like she was gorging herself on life. The only way she would ever get any rest was if she completely collapsed with exhaustion.” No breaks for Britney. Instead, she started gearing up for her next effort: the Dream within a Dream tour, which would kick off on November 1 to coincide with the release of her third album, Britney. With this album, Britney left the teenage bubblegum sound behind, and although the critical reception was mixed, the album sold 750,000 copies in the first week (less than her previous effort, but still impressive). Britney immediately rose to the top of the charts, making her the first female artist in music history to have her first three albums debut at number 1 on the Billboard 200 list.

Christopher Heard built his career out of a lifetime passion for the history and culture of film and TV. Christopher had a long, Gemini Award-winning stint as a film critic on the CBC program On The Arts. He also served as co-host of the popular syndicated Canadian TV show Reel to Real for nine years.

Heard has a breezy style that keeps the reader turning pages. – National Post

Heard is balanced and respectful rather than negative, sarcastic or overly ‘fan’ like. – Book Sellers World

An engrossing read, which is filled with surprising details, Little Girl Lost is a page-turner that impressed me immediately because of its simple, honest approach to this intriguing woman’s story. – W. Andrew Powell, TheGATE.

Spears is ranked as the eighth best-selling female recording artist in the U.S. with over 32 million albums sold.

Britney’s 2008 Circus album debuted at #1 on Billboard’s charts selling over half a million copies in its first week.